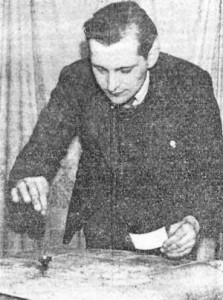 Copen dowsing for the stone of destiny

Bruce Copen was a pioneer of radionics. Following on from the works of Abram, Drown and De La Warr. Copen did not start his foray into radionics until the late 1940’s. It was soon after arriving back in England after his service during the second world war that he begun to develop the model Y radionic soil analyser. This was first released to the public in 1947. I have acquired a model Y, which has part dates from the late 50’s so it was in production until at least the 60’s. As for whether it was continued, I am unsure.

Bruce Copen was much more than a radionic instrument manufacturer. He was a Doctor of philosophy and literature, and an avid writer from a young age. During his youth, he wrote a number of stage plays and books of poetry. This was later carried over to written works on the subject of radionics, radiesthesia, and various healing modalities. His contribution to the world of adult education was honoured by him being initiated as Knight of the sovereign order of St. John of Jerusalem.

Mr. Copen was also the founder for the British Radionics Association, and Editor of a number of journals, namely the British Journal of Radiesthesia, Natural Therapeutics, and Seeker. He also founded the International College of Radionics.

Bruce Copen was a renowned dowser. His skills were called upon when the Coronation stone “stone of destiny” went missing from Westminster abbey on Christmas day 1950. His efforts in locating the stone received media attention. Unfortunately, the stone was not located, by any method. A year later it turned up in Scotland. Perhaps Mr. Copen’s endeavours had an unperceived effect upon its reappearance?

In the 60’s, Copen developed the first colour healing instrument. This device was unique in that it held colour rates and transmitted/broadcast them radionicaly rather than using the photon transfer method.

Bruce Copen continued to develop his ideas and models throughout the 20th century. He unfortunately died suddenly at home in 1998.

It was his last wishes that his lab be formed into a company. After his death, Harold Rauer became manager of Copen labs ltd. The later models were far removed from anything Copen would have personally developed. These Rauer produced models consisted of the MARS models. A mistake I feel was to digitalise the instruments. Radionics in its most effective form is purely analogue, and Copen’s use of these components in his instruments reflect the nature of radionics.

There is conflicting information as to whether Bruce Copen laboratories is still operating. Some sources have it listed that the company ceased trading in 2010.

Bruce Copen designed and built quality radionic and therapeutic instruments throughout his life. Unfortunately, his skill is now lost to us, but we can remember him for the man and pioneer he was. 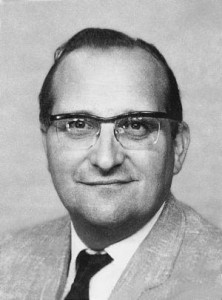