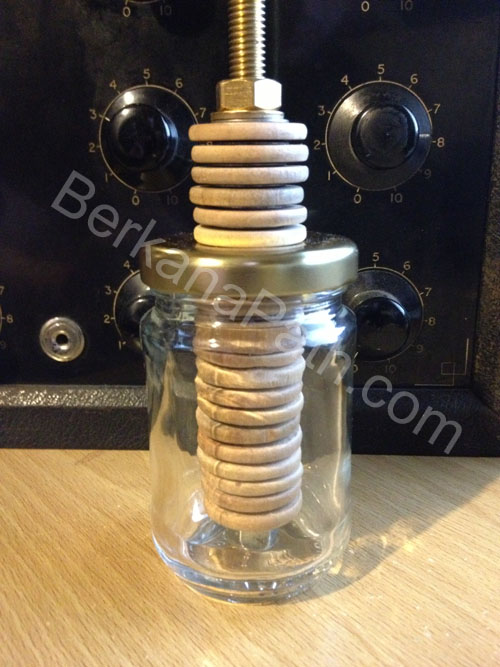 Unlike other orgone matrices my own formula is not made from fibreglass resin, and a dash of aluminium shavings. Information floating around the web is false.

I based my orgone projects on original information from Reich, this took the form of the the Vril Engine, and orgone stacks. I discovered via a few chi principles that reducing the size of the metallic component and allowing for free flow of orgone between the wooden discs made for a much more effective conductor. It starts to look a lot more like an Egyptian Djed Pillar!

The orgone material is the pump of the device, it draws and converts available orgone, and this is then forced out of the container via the stack.

The orgone matrix is comprised of high purity Zinc, Copper, and Iron powder in equal quantities. Powdered quartz is also added to the mix in an attempt to modulate the orgone flow via piezoelectric affect and limit DOR. An addon suggested by a fellow forum member “Gatewurm” will be included in due course, and will direct the output to a refined point.

The organic component of the matrix is beeswax acting as the resin and a mixture of willow charcoal powder in equal quantities to the total amount of the metallic component suggested above. The quartz amount was not taken into account. We also found that more beeswax was need in order to prevent the molten mass from becoming too gloopy and impossible to pour. I guessed that the issue was with measuring solid beeswax granules, which volume significantly decreases once melted. Even though this was taken into account with extra measures, we just had to add more as we saw fit.

The powdered metals and quartz were then added to the molten beeswax and charcoal mix, and stirred in for a number of minutes . The whole process took place on a double boil (bain-marie) to prevent over heating of the wax and subsequent mixture. Once the mixture was sufficiency prepared it was poured into the jar, just below the neck and the stack and lid added. The whole device was left to cool and contract at room temperature.

If I was to repeat the process I would make sure that the jar was gently heated in water before adding the molten liquid to prevent stress fractures. Luckily this did not happen.

There was a fair amount of orgone material left over once we had filled up two jars, so this was poured into a metal tray and left to cool. The idea was that it could be broken down and melted if another needed to be made. It is entirely feasible that the solid slab be cut up and divided in small section to act as regular “orgonite” albeit one which works.

The side shot shows the amount of cooling contraction, and allows one to judge the effectiveness of the waxes contraction in producing a piezoelectric effect on the powdered quartz. 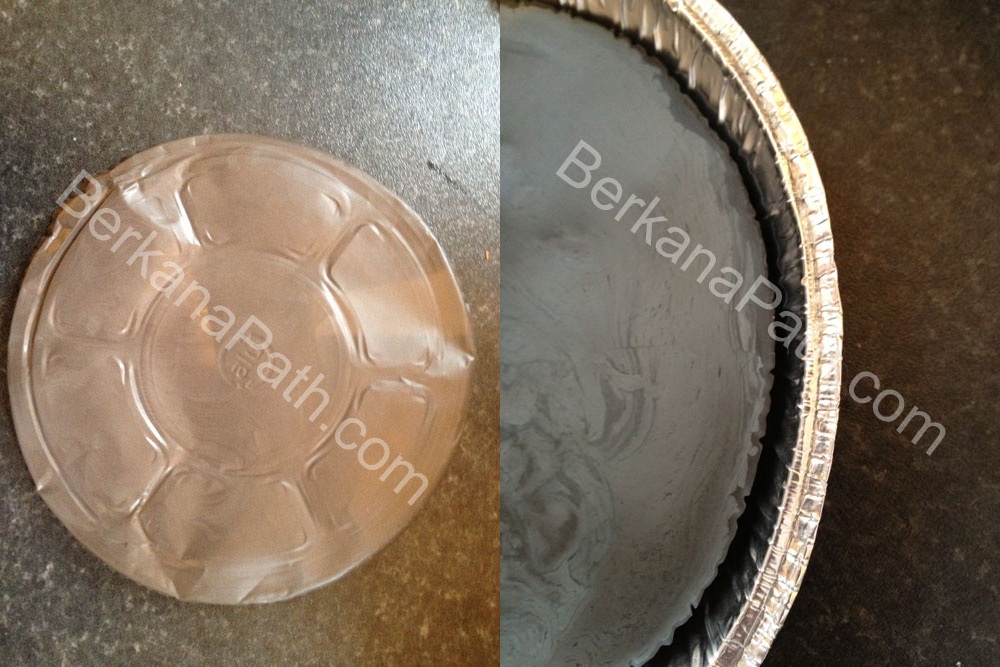 The device is five inches tall from top to bottom and approximately two inches at its widest point.

There is a slight marbling effect to the matrix and it’s a muddy moon dust colour. It would be possible to colour the material, though the result will always be a dark hue. We will likely try colouring with indigo on the next round to keep all materials as natural as possible.

There is a strong glow to the auric field of this device, and it appears to be both active and passive simultaneously. With testing only time will tell how effective it is though the results are already formidable. 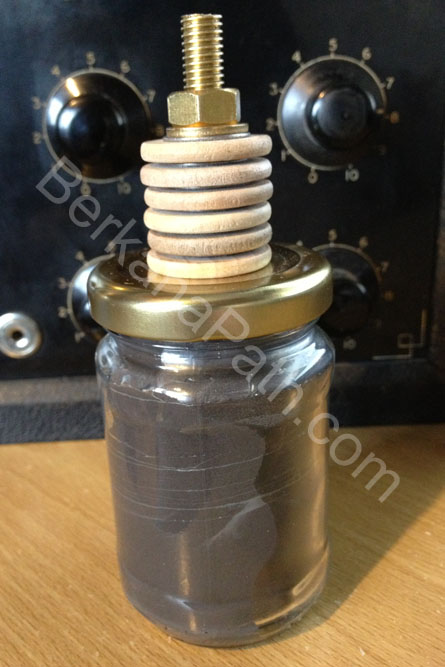 This is my partners own orgone device, and is made in a classic “succor punch” style with a protruding double terminated laser quartz crystal, and copper wrap coil embedded in the orgone matrix. 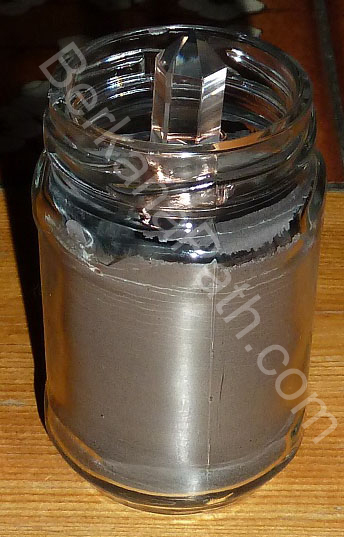